World Opera Lab gives workshops to musicians, dancers and singers according to a method created by artistic leader Miranda Lakerveld where myths, music and dances from different cultures enter an artistic dialogue. This method was developed during the making of operas such as Orfeo in India. During the workshops the principle of ‘comparing mythology’ is utilized: the idea that myths from different cultures contain the same elements and symbols. With this idea as starting point, dialogues are created about differences and similarities in traditions. Inspired by a particular myth, participants are asked to bring traditional songs that are connected to the themes of that myth, from which they then create scenes. The method served as the basis for dialogues and collaborations with various groups: in Chennai, Ahmedabad, Tehran, Mexico City, Kollegal Tibetan refugee settlement, Codarts in Rotterdam and the University of Amsterdam. 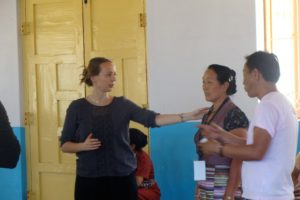 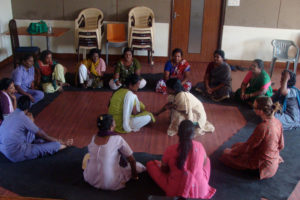